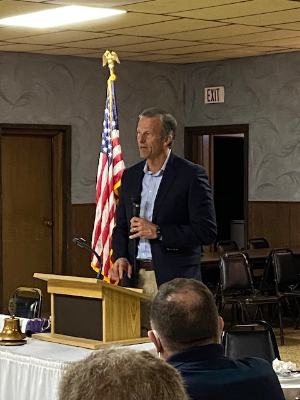 One of the topics Senator Thune covered at the meeting was the importance of maintaining the filibuster.  The legislative filibuster is a feature of the Senate that requires 60 senators to agree before the Senate can end debate and vote on a bill, ensuring that the minority party is represented in legislation.  Thune, who serves as the Senate Republican Whip, said this has become an issue again as part of the democrats taking majority control in Congress.

Thune said that in the past year, coronavirus relief bills needed bipartisan support in order to get the votes needed to pass.

Thune said it’s one of the biggest issues right now.

Thune also answered various questions from Rotary Club members during his time there on Monday.