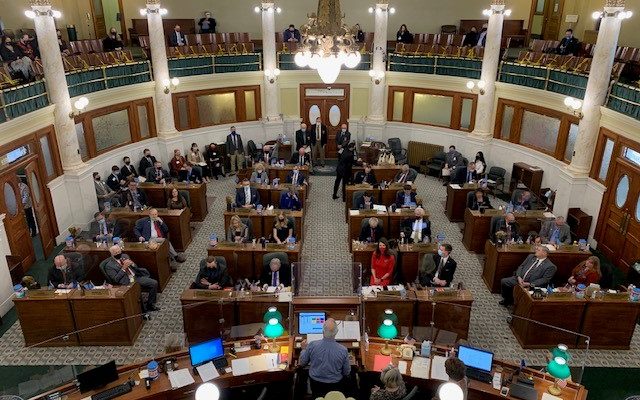 State lawmakers return to Pierre Monday for the final day of the 2021 session.

They will have to consider the style and form veto Governor Kristi Noem issued for House Bill 12-17, the trans gender, women in sports bill.

State House Majority Leader Kent Peterson of Salem says there are differences of opinion on the Governor’s action.

Peterson says legislators have some options.

Peterson says the Governor has changed the intent of the bill with her focus now on “Title 9” protections.

Noem called the bill as written, a “participation trophy” that probably would not withstand a court challenge.