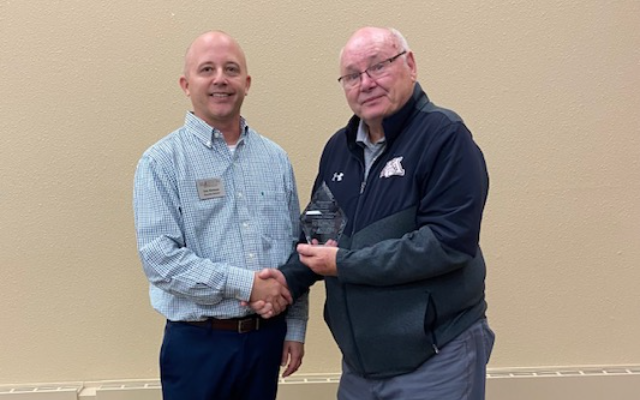 While 2020 brought more than its share of challenges for area businesses, the Madison community came together and showed their support.  During the Greater Madison Area Chamber of Commerce’s Annual Member Recognition on Tuesday, Executive Director Eric Hortness said that the amount of Mad Money that the Chamber staff loaded onto cards in 2020 was the highest it’s been in the past several years – at more than 200-thousand dollars.

Hortness gave an update Tuesday on the Chamber and Lake Area Improvement Corporation’s Facade Improvement Program for downtown businesses.  He said that fifteen applicants were approved for projects, with ten of the projects now completed.  The program provided a match of up to five-thousand dollars for the improvements.

The Chamber presented two Distinguished Service Awards during Tuesday’s event.  The first went to the Madison Central School District.  Hortness said that the district purchased nearly 70-thousand dollars in Chamber Mad Money in 2020 as thank-you gifts for their staff, which in turn helped out local businesses.   The other Distinguished Service Award was presented to Tom Kahler, who serves as the Chair of the Chamber’s Ag Committee and serves on the Leadership Madison Advisory group.

Outgoing 2020 Chamber Board President Dan Buresh on Tuesday commended Madison area businesses and residents for continuing to step up and do what needs to be done through all of the challenges they have faced.

Going forward, the Chamber is unveiling a new Discover Madison app on December 1st that will include information on businesses and events.  They are also planning to continue and build on events like the Burger Brawl and Downtown in Madtown, and are planning a new food challenge also in 2022.