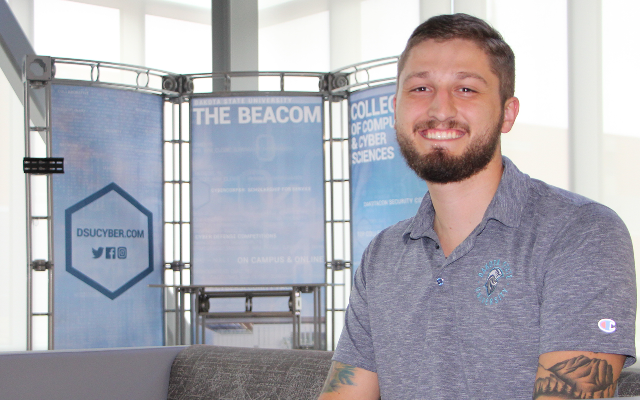 Bousquet heard about the scholarship through the Student Veterans of America Club on the DSU campus.

Bousquet enlisted in the Marines right after high school, and served as an air frames mechanic, mostly in California, but also in Japan and South Korea. Deployments are difficult with a family, so he began looking for options outside of the military when his service was over.

Bousquet had always liked computers, and chose Dakota State for its programs, and location near their families. A DSU senior, he will graduate with his bachelor’s degree in May of 2022, and continue on through DSU’s 4+1 program to receive his master’s degree in computer science.

The other seven winners of the Google/Student Veterans of America scholarship are from schools such as Texas A&M, Rutgers, and the Georgia Institute of Technology.