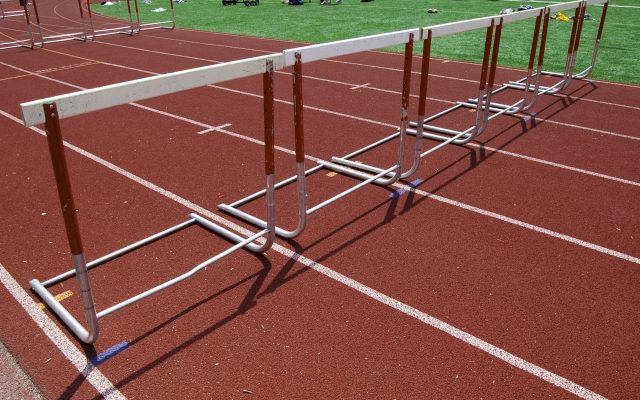 A number of Madison Track & Field athletes were named to the All- Conference team, after top 3 performances at Monday’s Dak XII Meet.

Audrey Nelson led the way for the Madison girls, taking 1st place in the High Jump. Nelson set a new conference record, and tied the MHS record with a jump of 5 feet 4 inches.

Bella Maxwell took 2nd in the shot putt for the Bulldogs. Kylie Krusemark was 2nd in the pole vault, while Ella Peterreines took 3rd. Maycee Theede added a 3rd place performance in the long jump.

Madison boys took 3rd place in the Medley and 400 meter relays. Kadin Hancom took 6th in the 100 meter dash, and Mike Peters 7th in the 200.

Madison will take part in the Region 3A Track & Field meet Thursday in Lennox, starting at 9am. The Region Pole Vault will be held today in Harrisburg at 3:30.