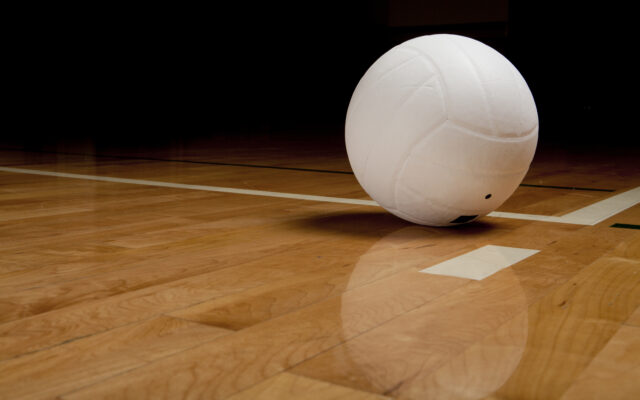 The SDHSAA Volleyball State Quarterfinals start today for Classes A, AA, and B at the Denny Sanford Premier Center in Sioux Falls, SD.

The day starts at 11:30 this morning with matches between Wagner and Elk Point-Jefferson (A),  Sioux Falls Washington and Rapid City Stevens (AA), and also Warner and Freeman (B).

Each class has four different matches for today, with the second match for Class A starting at 1:15pm featuring Sioux Falls Christian and Dakota Valley. Miller v Platte-Geddes begins at 5pm tonight for Class A, before Elkton-Lake Benton takes on Belle Fourche at 6:45pm.

Also at 6:45pm tonight, in Class B, Chester Area will play its Quarterfinal match against Colman-Egan. The two teams have already played each other this year, with Chester Area getting the 3-0 sweep over Colman-Egan early in October.

The winners of the matches today move on to the semifinals tomorrow before the state championship match for each class is played on Saturday, November 19th. The losers will attempt to move on through the Consolation Bracket.

Links to the brackets for Class A, AA, and B can be found below: