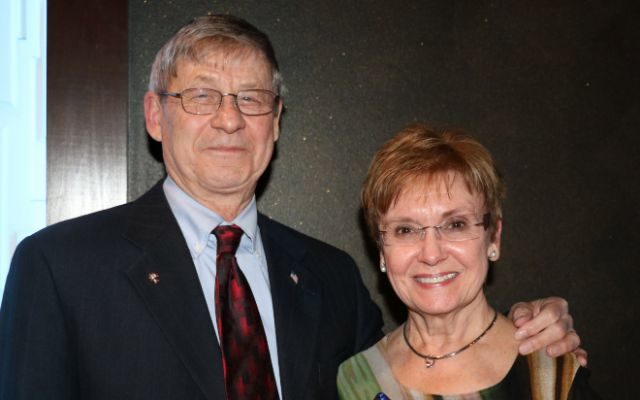 The Simons have supported DSU and its students for almost 50 years.  Darrel serves on the DSU Board of Trustees. Patti has been a student, taking continuing education classes for her teaching certificates; after retiring as a teacher at St. Thomas Catholic School in Madison, she supervised DSU student teachers. Together they have sponsored scholarships for students, served on the President Jerald Tunheim President’s Society, and are active in the Trojan Athletic Club.

The Philanthropist of the Year award was established in 2006 to acknowledge donors who make significant personal contributions of time, talent, and resources to DSU.