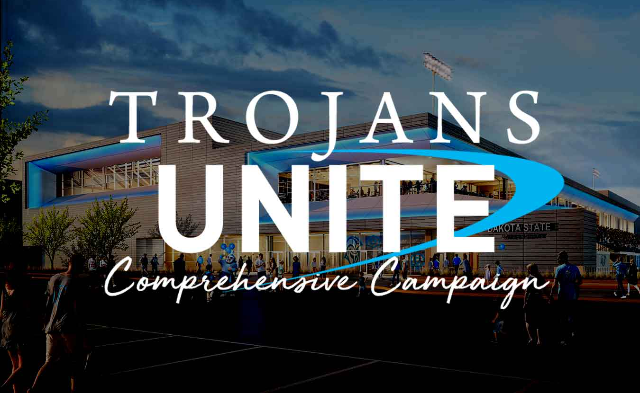 A Dakota State University alumnus has made a large donation to the university’s athletics facilities and scholarships.  Patrick Maroney has donated seven-million dollars to the athletics facilities for the Trojans Unite Comprehensive Campaign.  He has donated an additional one-and-a-half million dollars to scholarships as part of the Academic Success pillar of the campaign.

Maroney grew up in Howard, and while he started his college career elsewhere, he finished it at Dakota State, then known as General Beadle State College, earning a degree in education in 1967.  After graduation, Maroney took over his family’s bar in Howard and has spent his life being involved in his community. He spent time as a county commissioner, chairman of the Miner County Community Revitalization Organization, and chairman of the board of the Rural Learning Center.

Maroney also spent eleven years as a member of the Dakota State Foundation Board of Trustees. While Maroney has retired to Sioux Falls, he’s continued to follow Dakota State and is impressed with the changes and improvements happening on campus.