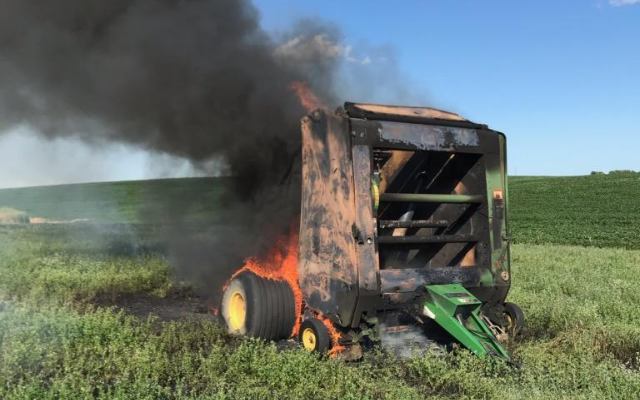 The Madison Fire Department responded to a report of a hay baler on fire on Monday evening.  Firefighters were called around 5:30 Monday to a field on 236th Street, west of 454th Avenue.  Madison Fire Chief Randy Minnaert said that the hay baler and four round bales were on fire in the middle of the field when firefighters arrived.  The baler and several of the bales were lost in the fire.  Firefighters were on scene for close to an hour-and-a-half.