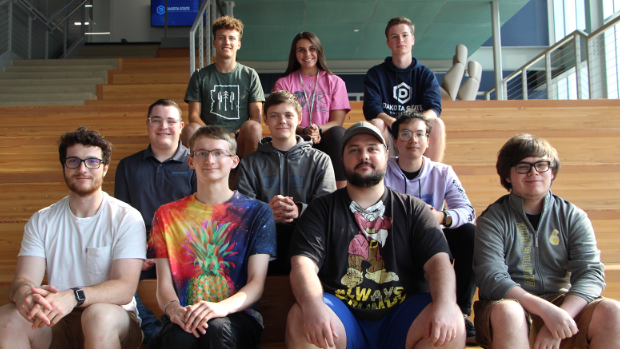 Eleven students have been named to the Dakota State University CyberCorps program for 2021-2022.

CyberCorps is a scholarship for service program funded by the National Security Agency, created under the Federal Cyber Service Training and Education Initiative. Its purpose is to give government agencies an advantage in recruiting and training cybersecurity professionals, closing the workforce shortage, and competing with similar positions in the private sector.

CyberCorps covers one-hundred percent of tuition and fees for the students, provides a stipend of 25-thousand dollars for undergraduates and 34-thousand for graduate students, and six-thousand dollars for professional development and books. They also have paid summer internships, and are guaranteed security jobs following graduation in federal, state, local or tribal government. Students may renew this scholarship for up to three years.

Dr. Michael Ham, coordinator of the DSU CyberCorps program, said that the university has maintained a one-hundred percent success rate placing students into internships and full-time positions within the government. Some of these students are able to remain in the Madison area for these positions, thanks to the new MadLabs® located on the DSU campus.

Five of the students named to this year’s DSU CyberCorps program are from South Dakota, with one each from Minnesota, Iowa, Nebraska, Illinois, New Hampshire, and Germany.