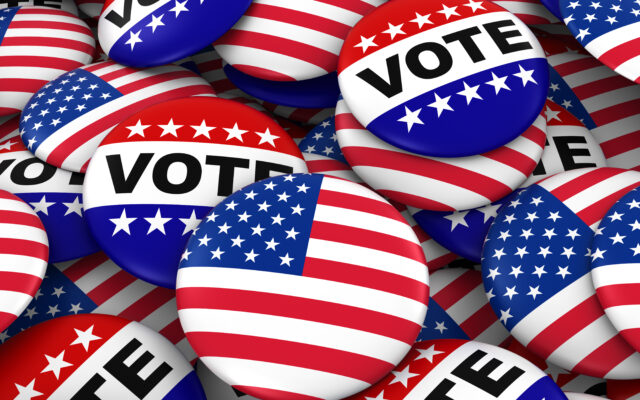 One week from today is the Primary Election in South Dakota.  Voters statewide will vote on Constitutional Amendment C, while Republican voters will also have a few different races to cast their ballots in.

In Lake County, registered Republican voters will vote in the Lake County Commission race, which includes three candidates.  Corey Johnke, Kelli Wollmann, and James Callahan are on the ballot in that election.  The top two vote-getters will move on to be on the November general election ballot.

District 8 Republican voters will also vote in State Representative and Senator races.  The three candidates on the Primary Election ballot for District 8 State Representative are Lecia Summerer, John Mills, and Tim Reisch.  The top two in this election will move on to the general election in November.  For District 8 State Senator, the two candidates in the primary are Heather DeVries and Casey Crabtree.  The top vote-getter in this race will also move on to the general election.

Also on the ballot statewide for registered Republican voters are U.S. Senate, House, and Governor races.  For U.S. Senator, voters will choose between incumbent Senator John Thune and challengers Bruce Whalen and Mark Mowry.  For U.S. Representative, the candidates are incumbent Representative Dusty Johnson and challenger Taffy Howard.  The Governor’s race includes incumbent Kristi Noem and challenger Steven Haugaard.  The top vote-getters in each of these races will move on to the November general election.

More information, including links to sample ballots and polling locations for next Tuesday’s Primary Election, can be found on our website at amazingmadison.com.