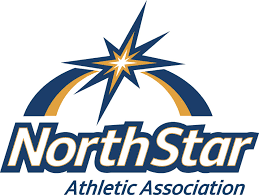 The North Star Athletic Association released its 2022 Softball All-Conference and postseason awards Wednesday at Watertown Civic Arena, on the eve of the postseason tournament.

Seven DSU athletes were named to the NSAA All-Conference team.

Freshman Michelle Evdos was named First Team All-Conference. Evdos ranks fourth overall in the North Star with a .437 batting average. She leads the Trojans with 59 hits and drove in 39 runs.

Xotchil Lopez, a junior infielder, was also named to the NSAA First Team All-Conference. She batted .485 in 30 games this season,  with seven doubles and 25 RBI.

Dakota State is the #3 seed in the tournament, and will take on #6 Waldorf at 11 this morning.