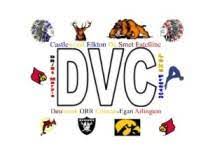 The Deubrook boys and girls golf teams are both Dakota Valley Conference Champions, after winning the DVC meet on Monday in Lake Preston. The Deubrook boys posted a team score of 254. DeSmet was 2nd with a 266. The Colman-Egan boys finished in 4th place, and ORR in 5th.

ORR’s Carter Wermers sank a par putt on the playoff hole to win the individual DVC Championship over Taylor Kriech of Colman-Egan and Gavin Landmark of Deubrook. All three players finished with a round of 83. Sawyer Uhing placed 12th for Colman-Egan after shooting a 91.

Allison Andrews of Deubrook was the girls individual Champion, after firing a round of 88. Berkley Groos of Colman-Egan was 4th, and Hayden Oftedal of ORR placed 6th.