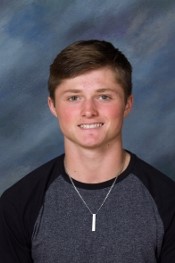 Three Thousand Middle and High School students will compete in Sioux Falls this weekend, during the 97th running of the Howard Wood Dakota Relays. Events run Friday through Saturday, and early weather forecasts look good for the two day meet.

Each year the Dakota Relays are highlighted by the invitation-only Girls and Boys Special Events. For the boys this year that event is the 200 meter dash. The youngest of the 8 competitors in that race will be Chester Area Sophomore Jovi Wolf. Last year as a freshman, Wolf took 3rd place in the 200 meter dash at the State B Meet, and 5th in the 100. He currently holds 5 Chester Area school records, after he and his teammates broke the 4×200 record yesterday in Baltic.

The other runners in the boys race will be Sam Rohlfs of Aberdeen Central, Blake Boyster of Custer, Jadden Guthmiller of Spearfish, Julian Watson of Brandon Valley, Dawson Hawkinson of Bismark, Quentin Lewis of Dickinson, and Ben Stratmean of Harrisburg.