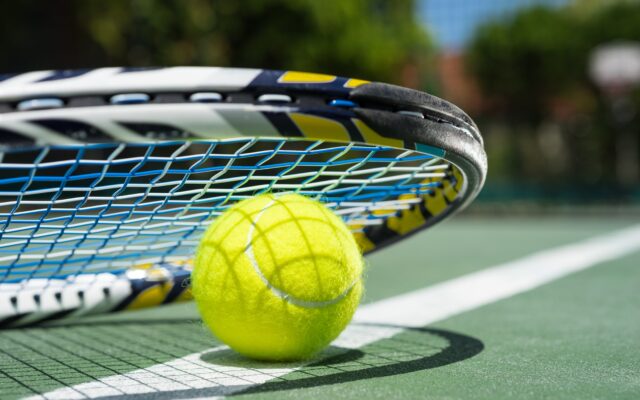 Madison boys tennis won four of the six Consolation Finals on Tuesday, the final day of the State Tennis Meet in Rapid City.

In Flight 1 Singles, Mason Kennington won the 9th place match by a score of 10-2 over Ty Sieber of Spearfish.

In Flight 3, Cade Minnaertt lost the Consolation Final to Gregory Grabow of Milbank 10-4.

The Flight 4 Consolation Final was won by Chase Steuerwald of Madison, 8-6 over Charles Whitesitt of Milbank.

Taiden Pierce of Madison won the Flight 6 Consolation Final by a score of 10-5 over Milbank’s Daniel Shelstad.

In Doubles, the Flight 1 team of Mason Kennington and Spencer Reverts defeated a team from Spearfish 8-6, for the Consolation Championship.

Madison Finished  10th in the Team Standings at the State Meet. Yankton won the Team Championship by 71 points over Rapid City Christian.