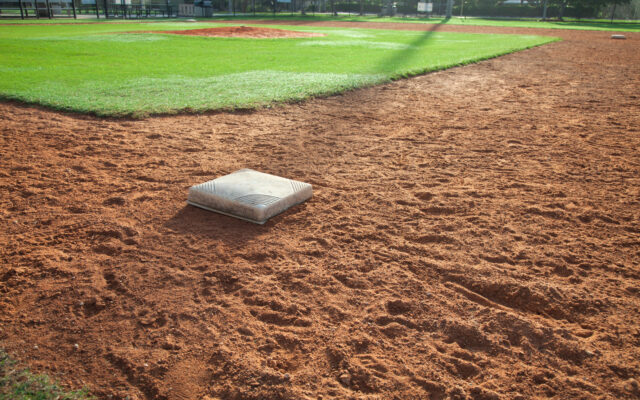 The Bulldogs had an opportunity to advance to the Class B State Final Game yesterday, but first they had to get through two teams, the first of those teams being a tough Platte-Geddes/DC/WL squad.

Platte-Geddes went into Tuesday’s matchup (originally scheduled for Monday but postponed due to weather) undefeated, being 11-0 during the season and 9-0 in league play. Bulldogs were 8-1 in league play this season, with their only loss coming against Redfield Area in an 8-2 defeat.

With two top pitchers in this game, Dawson Hoffman (Platte-Geddes) and Aspen Dahl (Madison) were both named All-Region, most would have expected this game to come down to the pitchers, but it instead came down to the hitters for Madison.

The Bulldogs managed to get out to an early four run lead at the top of the first, thanks to an RBI Double from Trey Smith and a two-run triple from Nate Ricke.

By the time the third inning had finished, the Bulldogs had gotten out to a 10-2 lead on the Honkers, and held on to win 13-5 leading the Bulldogs to advance to play Dell Rapids shortly after.

The quick turnaround from Game 1 to Game 2 of the day for Madison proved to be a bit of an issue, with the team who had some rest heading into the matchup getting the upper hand.

Dell Rapids beat Parkston/Tripp/Ethan on Monday before games had been postponed due to weather.

The Quarriers got out to the early lead in the first inning, leading 1-0 after the first.

Bulldogs had issues leaving runners on base early in the game, not helping in the Bulldogs efforts to gain a lead on the Quarriers. Dell Rapids got two more runs in the third inning and began to break away from Madison from there, getting out to a 7-0 lead after the fifth.

The end of the season for the Madison Bulldogs officially came at the hands of the Dell Rapids Quarriers after Dell Rapids defeated Madison with a final score of 7-0.

Dell Rapids will play Dakota Valley tonight at 6:05pm for the State Class B Baseball Championship.