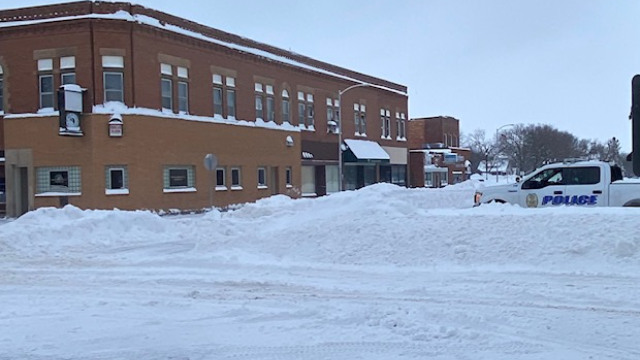 Clean-up from the latest winter storm to hit our area continues today.

The City of Madison remains under a Snow Alert.  City crews are working to clear snow from Emergency Snow routes and started work on secondary streets at 2:00 this morning.  All vehicles and trailers must be removed from city streets until they are cleaned from curb to curb.

Interstate 29 re-opened to traffic Tuesday night, while a No Travel Advisory remained in place.  Drivers are urged to use extra caution if they need to travel on I-29.

Interstate 90 remains closed from Sioux Falls to Mitchell due to significant snow accumulation and multiple stranded vehicles blocking lanes of traffic.  Clean-up is expected to be completed sometime this morning.

No Travel Advisories remain in place on state and county roads and highways as crews start their work on the clearing of these roads.

As always, road conditions can be found by dialing 511 or going online to sd511.org.

There are several area school closures and weather-related business announcements that can be found on our website at amazingmadison.com.

Rescuers became the ones needing to be rescued on Tuesday morning in Moody County.  Moody County Sheriff Troy Wellman said three highway patrol units were stuck on Interstate 29, attempting to rescue motorists. He said the state Department of Transportation helped get to the troopers.  A Moody County deputy, also trying to rescue, became stuck as well. A local farmer was also involved in trying to reach the deputy.

After that, Sheriff Wellman said that they would only be going out for stranded motorists if it’s a medical emergency.