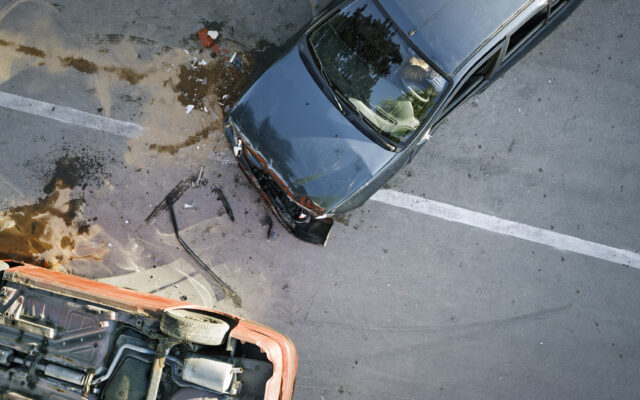 Two people were injured in an accident west of Madison on Sunday afternoon. Lake County emergency crews responded to the accident just before 1:00 Sunday afternoon on Highway 34 near 451st Avenue.  The Lake County Sheriff’s Office said 18-year-old Nevaeh Ronke of Viborg was driving a 2016 Chevy Malibu east on Highway 34 when she drifted into the oncoming lane of traffic and struck a westbound semi-tractor trailer driven by 68-year-old Rory Vandrimmelen of Riverdale, Utah.  The semi-tractor trailer was a 2012 Kenworth pulling a trailer that was also carrying honey bees.  Sheriff Tim Walburg said that Ronke’s vehicle struck the trailer.  She had to be extricated from the vehicle and was taken by ambulance to Madison Regional Health and later flown to Avera McKennan Hospital in Sioux Falls for her injuries.

Walburg said a passenger in Ronke’s vehicle was also transported by ambulance to Madison Regional Health for her injuries and was treated and released. The semi’s trailer and the vehicle had to be towed from the scene of the crash.

The crash remains under investigation and charges are pending. Agencies assisting in the crash were the Lake County Sheriff’s Office, Madison and Wentworth Fire Departments, Madison Ambulance, Madison Police Department, and the South Dakota Highway Patrol.