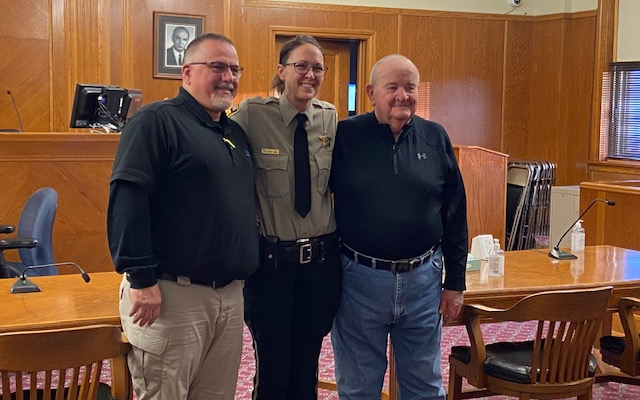 Lake County now has a new Sheriff.  Sarina Talich took the oath of office Monday to take over the position left vacant by the retirement of former Sheriff Tim Walburg.  Talich has worked for the Lake County Sheriff’s Office for eleven years, serving as Chief Deputy for nine of them.  She said Monday that she’s looking forward to her new role.

Talich said she doesn’t have plans for any immediate changes and is prepared to do whatever is necessary to continue the office’s work.

Talich’s appointment to the position is effective through January 5th of 2025.  She will need to run in the general election in November of 2024 and win in order for a new two-year term to begin in January of 2025.