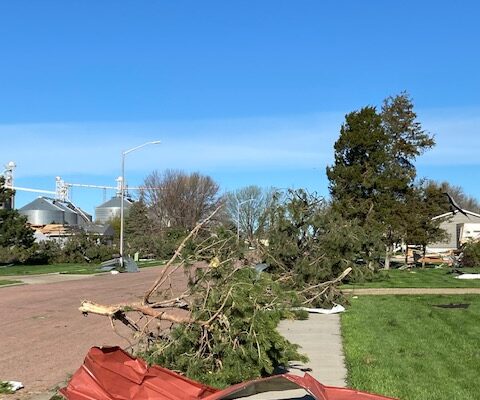 National Guard soldiers are helping with cleanup of debris, traffic control, security and other duties plus equipment to the communities of Castlewood, Madison and Ramona. The soldiers are from the 1-147th Field Artillery Battalion, 211th Engineer Company and Task Force 153 in Huron. A UH-60 Black Hawk helicopter is also being used in the response.

South Dakota Wildland Fire has sent a team of firefighters and equipment to help with storm cleanup at Lake Herman near Madison. All the firefighters are certified chainsaw operators with years of experience cutting trees and clearing bush.

Highway Patrol troopers also have been involved in the response, helping with traffic control and other safety measures in and around the impacted communities.

The Department of Public Safety’s Office of Emergency Management has opened an Emergency Operations Center to coordinate the state’s response with local government authorities.