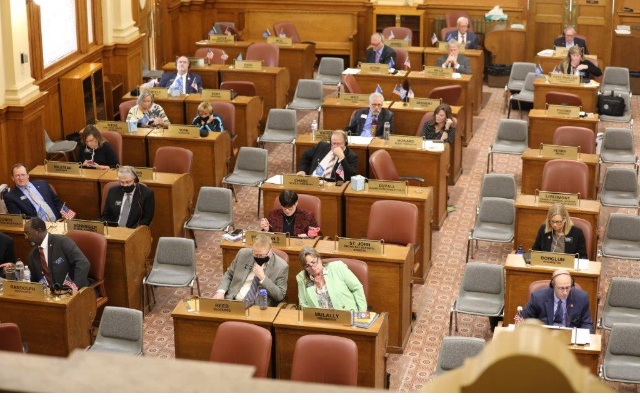 PIERRE, S.D. (AP) — The South Dakota Legislature has paused its effort to reach a consensus on redrawing political boundaries after the House Republican leader suffered a medical incident and had to be taken to the hospital. Rep. Kent Peterson of Salem was conscious as he was wheeled out of a Republican caucus meeting on a stretcher. The incident halted negotiations over redrawing the state’s political map. Peterson had played a central role as a special legislative session stretched into two days of wrangling between conflicting House and Senate proposals. Lawmakers had been nearing a deal, but postponed their work until Wednesday.