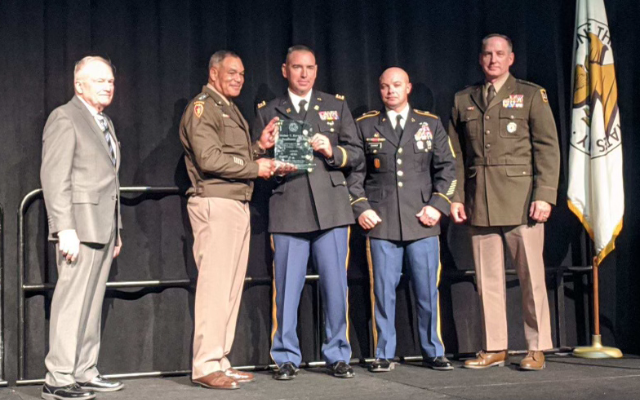 The Brookings-based 152nd was announced as the recipient of the Kerwin award for 2020, which recognizes the most outstanding Army National Guard battalion in the nation for achieving the highest standards in training and readiness.

The 152nd Battalion provides multifunctional logistics and support operations for U.S. forces, as well as provides command and control, administrative, logistics and training support for nearly 600 soldiers in four assigned units and detachments located in six communities throughout South Dakota. The Kerwin award also reflects the state of readiness of the battalion’s subordinate companies, which include the 1742nd Transportation Company of Sioux Falls and Flandreau, the 740th Transportation Company of Milbank and Aberdeen, the 665th Support Maintenance Company of Mitchell, and the 730th Area Support Medical Company of Vermillion.