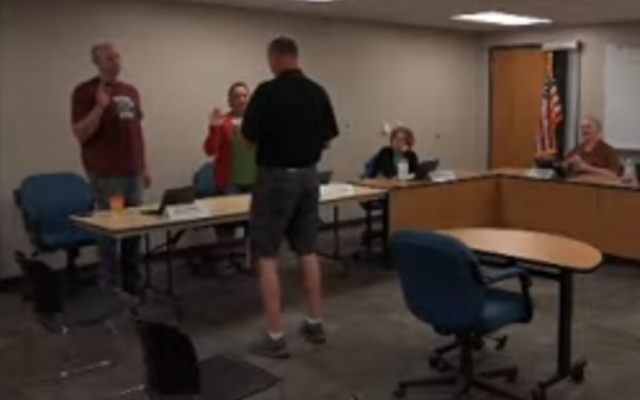 Two members of the Madison Central School Board took their oaths of office to start their next three-year terms on the board during the school board’s annual meeting on Monday.  Lori Schultz and Steve Nelson were sworn in for another term on the board.

The school board re-elected Tom Farrell to serve as school board president for another year, along with Schultz as vice-president.