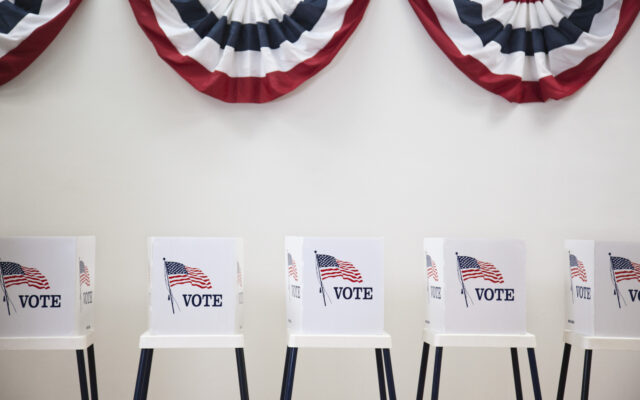 Polls are open until 7:00 tonight for voting in today’s primary election.

In Lake County, registered Republican voters are voting in the Lake County Commission race, which includes three candidates.  Corey Johnke, Kelli Wollmann, and James Callahan are on the ballot in that election.  The top two vote-getters will move on to be on the November general election ballot along with Democrat Aaron Johnson.

For the state legislature, District 8 voters are casting ballots in State Representative and Senator races.  The three candidates on the Primary Election ballot for District 8 State Representative are Lecia Summerer, John Mills, and Tim Reisch.  The top two in this election will move on to the general election in November.  For District 8 State Senator, the two candidates in the primary are Heather DeVries and Casey Crabtree.  The top vote-getter in this race will also move on to the general election.

In Moody County, there is a Republican primary for District 25 State Senator.   The top vote-getter in each of these races will move on to the general election in November.

Also on the ballot statewide for registered Republican voters are U.S. Senate, House, and Governor races.

More information, including links to sample ballots and polling locations for today’s Primary Election, can be found on our website at amazingmadison.com.  There will also be election results tonight on the air and online, as well as on our social media sites.