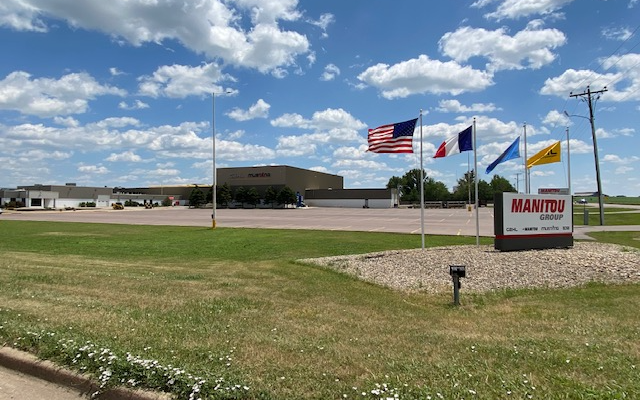 Manitou Group announced its expansion plans in February, stating that they plan to invest 80-million dollars in their manufacturing facilities in Madison and Yankton.  Minnaert said that there are many things that the South Dakota plants do well that led to Manitou’s decision to expand here.

Minnaert said that the Midwest work ethic also played a part in the decision.

Minnaert said that the company is planning to construct a dike on the north side of the building to help prevent future flooding issues, and he said that the facility will be doing more to be more environmentally friendly as well.  He said that Manitou has received strong support both locally and from the state to help with the expansion.  Minnaert talked about what the expansion in the two South Dakota facilities will entail.

Minnaert said that they are currently doing some refreshing inside the building to prepare for the work set to be done.  He said that a fence should be going up soon and they should start breaking up cement in July, with the new building showing up in September.