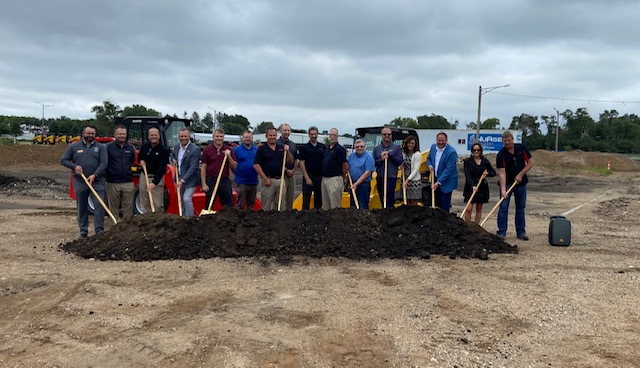 Work is getting underway on one of the newest business expansions in Madison.  A groundbreaking was held Monday at the site of the new expansion of Manitou Group’s manufacturing facility in Madison.  Plant Manager Jeff Minnaert said it’s exciting to get the project started.

Minnaert said that the expansion includes more than just what will be seen on the outside of the facility.

Representatives from the Governor’s Office of Economic Development, Heartland Energy, and the Lake Area Improvement Corporation expressed their gratitude for Manitou’s willingness to grow and expand in Madison during Monday’s groundbreaking.  Minnaert said that it’s with their help that this expansion will help keep Manitou moving forward into the future.

Manitou Group announced their expansion plans in February, stating that they planned to make the multi-million dollar investment in their manufacturing facilities in Madison and Yankton.