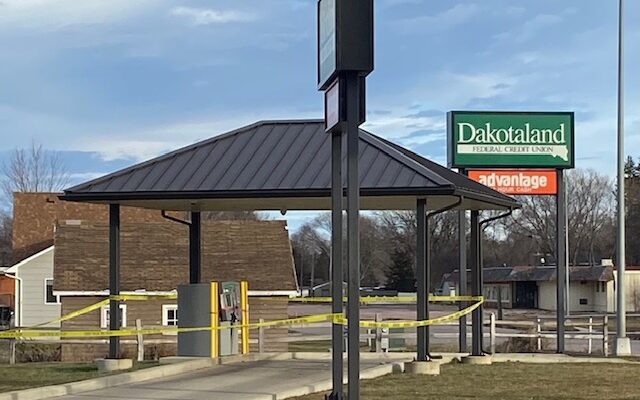 The Madison Police Department is investigating a theft from a local business’ ATM Thursday morning.  Police Chief Justin Meyer said that police responded to a report of suspicious activity in the area of the Dakotaland Federal Credit Union’s ATM machine near the intersection of 2nd Street and Washington Avenue in Madison at around 3:45 Thursday morning.  Meyer said that officers found that the ATM had been entered and an undisclosed amount of cash was taken. He said that they were able to obtain video which showed two suspects who used an older F-350 pickup to gain entrance.  That pickup was later recovered in the southeast part of Madison.  Meyer said the pickup had been reported stolen from Brookings.

Meyer said that the theft is possibly connected to a similar incident earlier this week in Kingsbury County.  The Kingsbury County Sheriff’s Office reported that there was an attempted break-in of the Dakotaland Federal Credit Union’s ATM where a stolen vehicle out of Huron was used.

The investigation into the Thursday’s theft is ongoing.