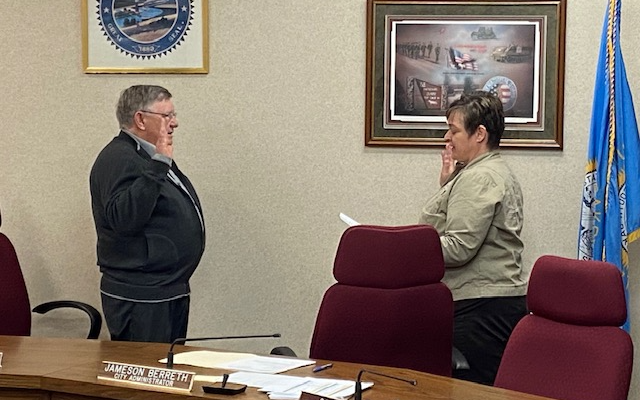 Madison Mayor Roy Lindsay was sworn into office during the Madison City Commission’s regular meeting on Monday evening.  After taking his oath from City Finance Officer Sonya Wilt, Lindsay thanked those who elected him in April.

Lindsay will serve a three-year term as Mayor.  He previously held the position from 2013 through 2019.

Before Lindsay was sworn in, former Mayor Marshall Dennert also expressed his appreciation for his time in the office.

City Administrator Jameson Berreth presented Dennert with a plaque and thanked him for his service to the city of Madison.