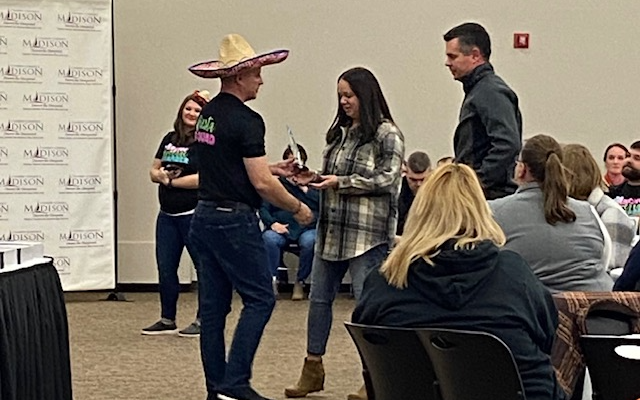 Educators and the important role they play in the lives of their students and in the community were honored Tuesday by the Greater Madison Area Chamber of Commerce’s Education Committee.  It was part of an Awards Night, sponsored by the Chamber, and held at the Dakota Prairie Playhouse in Madison.

Charlotte Groce with the Chamber Education Committee presented two awards during Tuesday night’s event.  She talked about why the recipients of the Friend of Education Award – Kevin and Angela Donlin – were chosen.

The Educator Awards were two of ten awards presented during the Chamber’s Awards Night.  A list of other award winners can be found here.