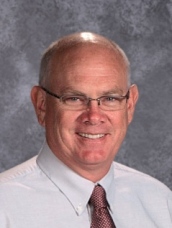 The Madison Central School Board is discussing moving forward with a partnership with Dakota State University regarding the university’s proposed new athletics facilities project.

DSU presented a proposal for a continued partnership with the Madison Central School District for the new facilities during the school board’s August meeting.  On Monday, Superintendent Joel Jorgenson told board members that he would like the district to pursue the opportunity.

DSU is hoping to move forward with the new athletics complex in three phases.  During the board’s August meeting, DSU’s Vice President for Institutional Advancement, Jon Schemmel, said that the university is hoping to raise one-hundred million dollars overall for the project, with the first phase goal at 35-million dollars.

Superintendent Jorgenson said that the school’s Business Manager Mitchell Brooks will work on putting together a financial plan for the different scenarios for the district and provide that to board members at a future meeting.