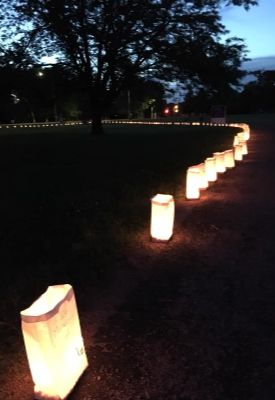 Lake County’s annual Relay for Life to help raise money for the American Cancer Society was held in an abbreviated form in Madison this past Saturday.

The event itself included a drive-through luminaria ceremony, with bags purchased either in honor of or in memory of those who have battled or are currently battling cancer.  Candles in the bags were lit and a short ceremony was broadcast on KJAM and another FM frequency throughout about an hour and a half Saturday night.

All total for this year’s Relay for Life, 21-thousand-250 dollars was raised.  Some of this total included more than eight-thousand dollars raised by East River Electric Power Cooperative employees.  Also, 963-dollars was raised through an online silent auction, and close to 300 luminaria bags were sold for the event.