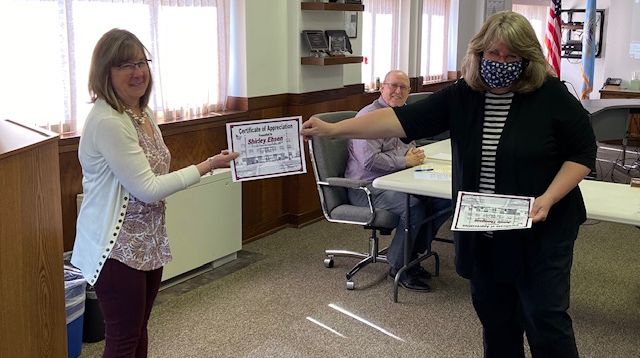 Lake County Commissioners approved personnel action and recognized some of the county’s employees during their meeting on Tuesday.

Commissioner Kelli Wollmann said that for the past eight years, the county has provided tours of the courthouse and information for Madison elementary students in April in recognition of National County Government month.  With no school this year, she said that she is planning to prepare something to post on the school’s website.