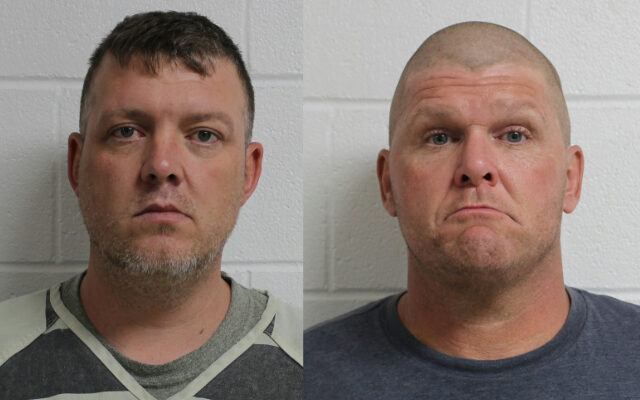 The two men arrested in connection with a high speed pursuit and officer-involved shooting that ended in Madison in July have entered not guilty pleas to charges they are facing in Moody County.

40-year-old James Lanpher, Jr. of Sioux Falls and 45-year-old Bonner Juel of Harrisburg were indicted on numerous charges by a Moody County Grand Jury in October.  They were arraigned last week on the charges in Lake County Magistrate Court with Magistrate Judge Bob Pesall.

Lanpher has been indicted on six felony charges in Moody County, including a count of Attempted First Degree Murder, or in the alternative, Aggravated Assault on a Law Enforcement Officer.

Juel has been indicted on five felony charges in Moody County, including a count of Aiding, Abetting or Advising Attempted First Degree Murder, or, in the alternative, Aggravated Assault on a Law Enforcement Officer.

Both Lanpher and Juel pleaded not guilty to the charges and jury trials for each of the men were scheduled for May in Moody County.

The Moody County charges that Lanpher and Juel are facing are in addition to four felony charges in Lake County that each of them were indicted on earlier and pleaded not guilty to.  Currently, they are being held in the Lake County Jail, with jury trials scheduled for June for Lanpher and February for Juel.

Lanpher and Juel are facing charges for their involvement in an incident that started in Minnehaha County on July 14th, leading officers on a high-speed pursuit with shots fired through Moody and Lake counties before coming to an end in the city of Madison.  No one was injured in the incident.