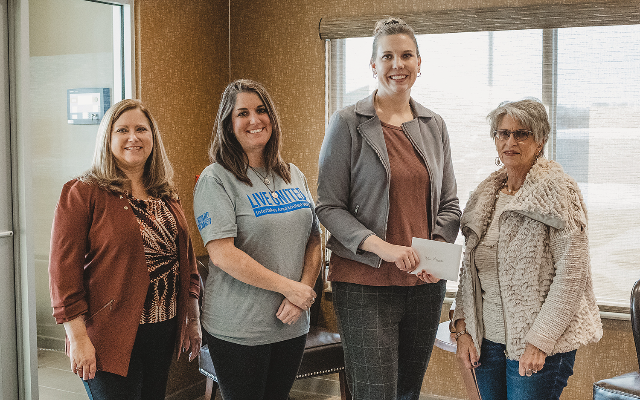 Interlakes Area United Way and East River Federal Credit Union recently held a contest where participants had a chance to win a five-hundred dollar Visa gift card.  It was called the 15-by-15 Challenge, asking people to pledge at least fifteen dollars a month in 2023 to United and return their pledge form by November 15th.  One-hundred-twelve people took the 15-by-15 Challenge.  The winner of the gift card was drawn from the participants and Helen Melcher of Madison was the winner of the five-hundred dollar Visa gift card donated by East River Federal Credit Union.

Interlakes Area United Way President Lori Gustaf said Melcher is deserving of the prize as she has been giving for nearly two decades and finds other ways to show support.

The 15-by-15 Challenge was held in conjunction with United Way’s current campaign drive. This is the fifth year the two groups have teamed up to offer this incentive. It is linked to more than 92-thousand dollars in pledges since 2017.