Honomichl and Avery take oaths for Madison Central School Board 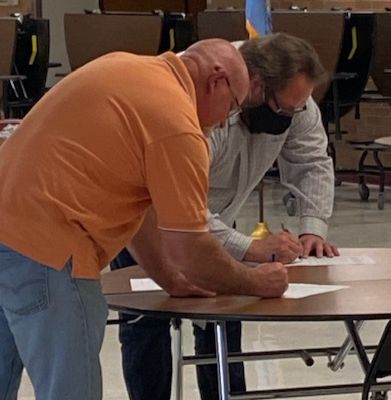 The school board on Monday also approved a couple of personnel items Monday, including the resignation of Sarah Conrad as the Middle School Art teacher, effective the end of the 2019-2020 school year, and Char Hansen as a custodian, effective July 15th.