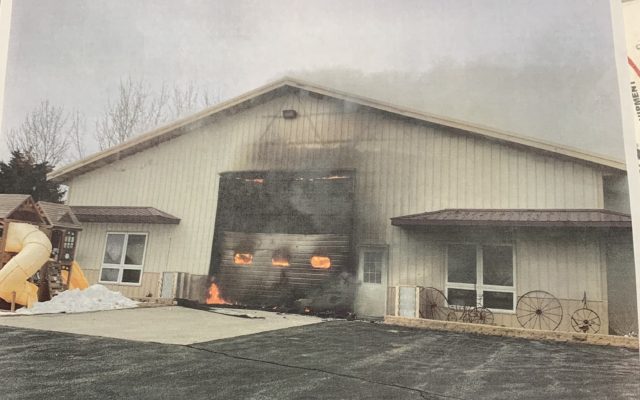 A Howard man charged in connection with a fire that destroyed a large shed near Lake Madison earlier this year has pleaded guilty to a couple of the charges he faced in connection with the incident.  44-year-old Wade Haak entered guilty pleas on Monday in Lake County Circuit Court to felony charges of Reckless Burning and Grand Theft.  Both of these charges are Class Four felonies, which each carry a maximum sentence of ten years in prison and up to a 20-thousand dollar fine.  Judge Kent Shelton ordered a pre-sentence report to be completed, but no sentencing date has been set yet.

Haak was arrested in February, when the Lake County Sheriff’s Office reported that he stole four boxes of American Eagle Silver coins from the building before starting it on fire on January 21st to conceal the theft that he had committed.   Haak was indicted by a Lake County Grand Jury in February on alternative charges of First Degree Arson or Reckless Burning, along with Grand Theft.