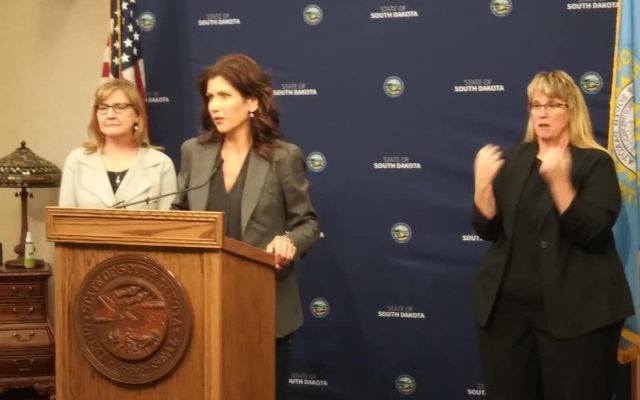 As South Dakota’s cumulative number of COVID-19 infections approach one-thousand, Governor Kristi Noem is revealing more information about the number one hot spot for the coronavirus in the state.

In her Tuesday news conference, Noem talked about the numbers as they relate to the Smithfield Foods pork processing plant in Sioux Falls.

Noem said the Smithfield plant is a “critical infrastructure job plant” as defined by the federal government.

Smithfield announced Sunday that the plant is shut down indefinitely.

Noem said Sioux Falls Mayor Paul TenHaken asked her to create an “isolation camp” in Sioux Falls that could hold up to seven-thousand people who test positive for the virus. The mayor’s request included a National Guard presence at the camp.

Noem said she will not be leading that charge, but the mayor can pursue it further if he wishes.

As of Tuesday, South Dakota reported 988 positive cases of COVID-19. Two hundred sixty one of those people have been deemed “recovered.”

Again, no new positive cases were reported as of Tuesday in Lake or any other area counties.

More information on the state Department of Health’s numbers can be found on the state’s website at covid.sd.gov.