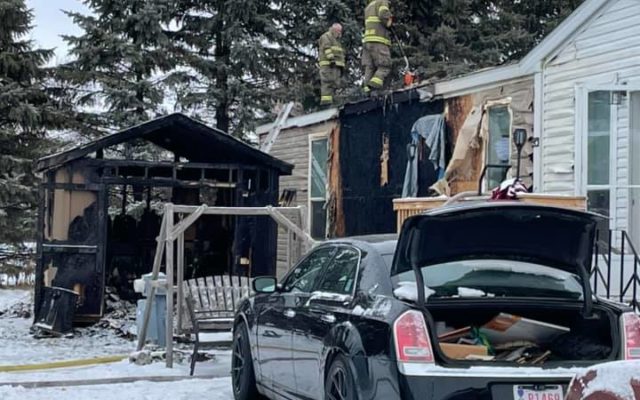 The Madison Fire Department responded to related fire calls on Monday afternoon and Tuesday morning in Madison.  Fire Chief Randy Minnaert said that firefighters were called to a report of a small shed on fire in the area of 300 Southwest 8th Street in Madison just after 5:00 Monday afternoon.  He said the shed was fully engulfed when firefighters arrived and was a total loss and there was damage to the outside of the mobile home located near it.

Minnaert said that the fire department was called back to the home Tuesday morning around 8:30 for a report of a smoke smell.  He said that an ember from Monday’s fire possibly got into the rafters and attic area of the home and had started to burn there.  Minnaert said that firefighters had to go in through the ceiling to get to the fire there.  He said they were on scene for just more than two hours Tuesday morning and that there was major damage to the home.