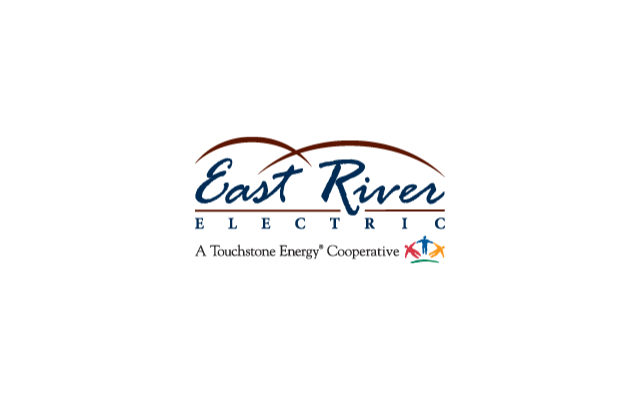 East River Electric Power Cooperative, which provides power to 24 electric distribution systems and one municipal electric system in eastern South Dakota and western Minnesota, is now supplying the region’s electric cooperative consumers with more than 40 percent carbon-free energy. In 2020, more than 25 percent of East River’s power supply came from wind and more than 17 percent came from hydropower from the dams on the Missouri River. An additional two percent came from carbon-free sources including recovered energy technology and nuclear energy.

As a generation and transmission cooperative, East River receives its power supply from Basin Electric Power Cooperative and the Western Area Power Administration. East River owns and operates over 3,000 miles of transmission lines and 250 substations across South Dakota and Minnesota that safely and reliably deliver low-cost wholesale power to member distribution systems which, in turn, deliver power to homes and businesses in the region.

“Over the past few decades, our cooperative family has been adding renewables to our generation mix using a realistic and fiscally responsible approach,” said East River Electric General Manager Tom Boyko. “If you look back about 10 years ago, just 8 percent of our power supply came from wind. Even more, the percentage of coal in our power supply has dropped 17 percent in the past decade, now making up only about 45 percent. This is a proven, realistic and fiscally-responsible approach of adding renewable energy to our generation mix.”

The trend of increasing renewables is set to continue, with solar energy being added to East River’s generation mix through two new solar projects that were recently announced by Basin Electric. In Feb. 2020, Geronimo Energy, a National Grid company, and Basin Electric announced the execution of a Power Purchase Agreement for the Wild Springs Solar Project, a 128 megawatt (MW) solar energy project that is being constructed near New Underwood, S.D., and is projected to be operational by 2022. Once operational, Wild Springs will be the largest solar project in South Dakota. In June 2020, Basin Electric announced its second solar energy project—the Cabin Creek Solar Project with Clēnera Renewable Energy. When complete, Cabin Creek will consist of two, 75 MW projects in southeastern Montana.

“Our cooperative network is always looking to ensure we have a mix of power resources to meet the needs of our membership and renewable energy is an important part of that strategy,” said Boyko. “These solar projects are important strategic steps as we look to the future in continuing our strong history of providing safe, affordable and reliable power.”