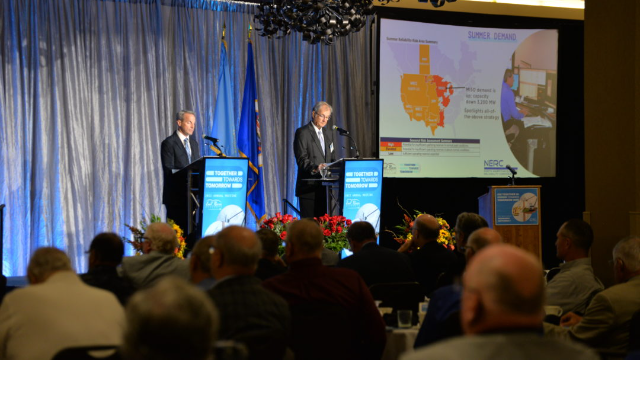 East River Electric Power Cooperative recently held its annual meeting in Sioux Falls.  The theme was “Together Towards Tomorrow” and began with the introduction of East River’s new General Manager and Chief Executive Officer Bob Sahr.  Sahr had previously worked as the organization’s general counsel for fifteen years and replaced Tom Boyko, who retired after eight years of dedicated service and leadership.

The meeting also included discussions on 2022 severe weather events, including the derecho that created widespread destruction across the East River service area in May.  It was highlighted how crews responded to the needs of others and quickly restored power.

There was also discussion on other weather-related topics including reliability across Regional Transmission Organizations that East River Electric is involved in, including the Southwest Power Pool and Midcontinent Independent System Operator.

Deb McCreary, David Allen, and Ervin Fink were presented with awards for their years of service on the East River board of directors.