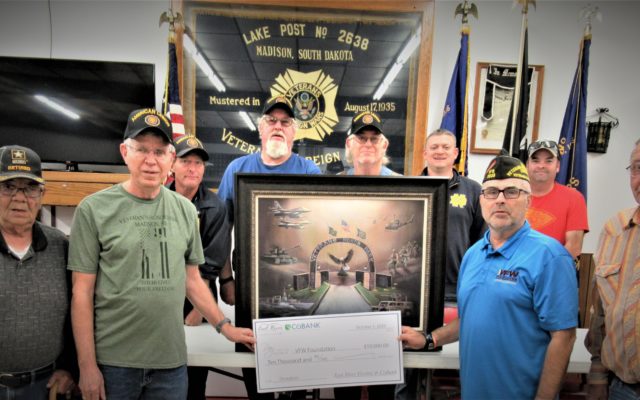 East River also donated $3,250 to the Dream Factory, Incorporated, with a matched donation from CoBank. The Dream Factory is an all-volunteer driven children’s wish-granting organization that does not limit its mission to children who have life-threatening illness.

Valiant Living received a $2,500 donation from East River, with a CoBank match. Valiant Living is headquartered in Madison and is a private, non-profit community-based organization which focuses on serving people with disabilities.

The Veteran’s Honor Park received a $1,000 donation from East River, with a match from CoBank. East River has pledged to continue this donation for five years, for a total of $10,000. In 2018, Jerry and Sue Larsen donated a plot of land to the VFW Post 2638 and American Legion Post 25 to construct an Honor Park in Madison to honor all veterans. A committee of volunteers from both organizations is raising funds to construct two memorial walls at the park.