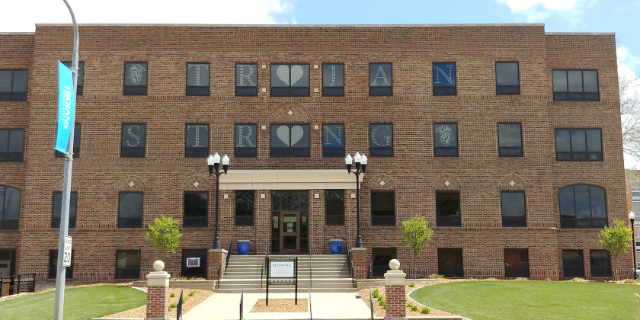 A building on the Dakota State University campus in Madison reached its centennial over the weekend.  Heston Hall, DSU’s administration building, was built as a hospital in 1920 and opened on August 1st of that year.  It was Madison’s third hospital, but the first built specifically as a medical facility.  In the early 1960’s, a new replacement facility for the hospital was built across the street and the university took over the building for their administrative offices.  The building was purchased by the state in 1966 for 85-thousand dollars to be used for then Dakota State College administration.  The building was named after John Heston, university president from 1905 until 1920.