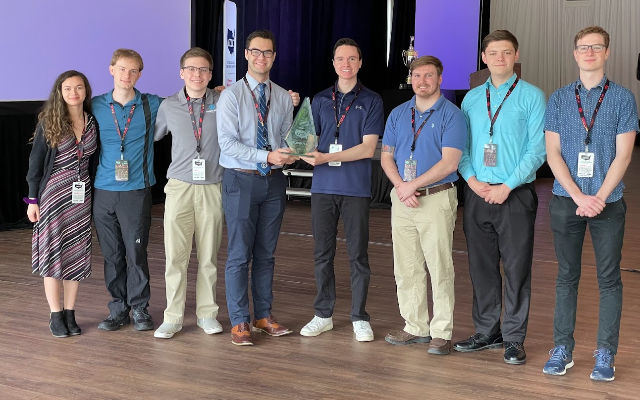 Jacob Hince, a master’s student in Computer Science and team captain, said that each of the eight team members had a specific role and executed it well.

Faculty advisor Dr. Cody Welu said the team was tasked with defending the corporate network of a fictional online video game hosting company, and had to prevent active attacks from a red team comprised of industry professionals while carrying out various business tasks, or injects, such as adding new user accounts and researching the practicality of using cryptocurrency as a form of payment for the company.

Teams earn points by successfully completing “injects,” which are similar to business tasks, as well as keeping critical services online and responding to customer support requests.