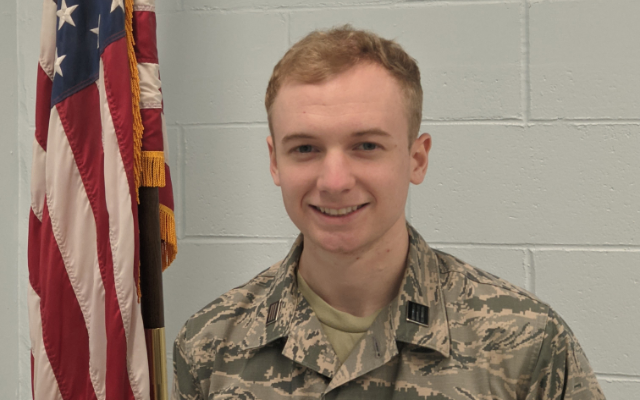 A Dakota State University student will serve in the United States Space Force Cyber Warfare Operations division.  Gabe Lamb, a DSU senior from Rapid City majoring in cyber operations, applied after finding out that members were being accepted from the Air Force ROTC.  Lamb is a cadet lieutenant colonel in the DSU/SDSU Air Force ROTC and applied for one of the seven slots available nationally.

Lamb will graduate in May, and commission as a 2nd Lieutenant. He will do some training this summer before starting with the USSF.

Established in December of 2019, the Space Force is the newest branch of the Armed Forces. Its mission is to organize, train, and equip space forces in order to protect U.S. and allied interests in space, and to provide space capabilities to the joint force.

DSU partners with SDSU to offer both Air Force and Army ROTC and DSU students are eligible for ROTC scholarships. Cadets take a class each semester specific to their level for the ROTC program; some travel to the SDSU campus is involved for some of the lab portions of those classes.