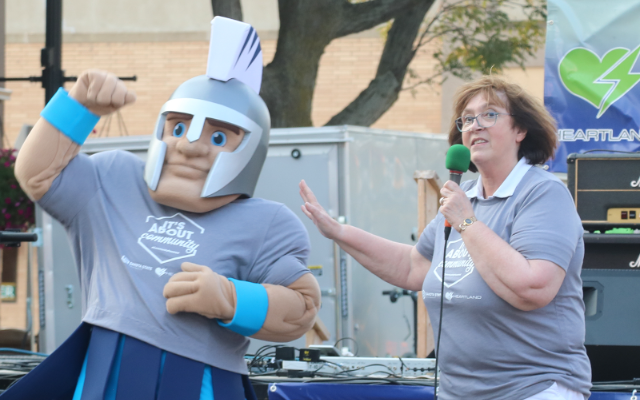 The Dakota State University Trojans are beginning the academic year with a new mascot, named General Cyber, or General Cy. He was introduced to the university and Madison communities at events this week.

The campaign to bring in a new mascot began after the university rebranded in 2019. Students were asked to vote on a name for the new character, and out of four options and a number of write-in suggestions, General Cyber won.

General Cyber will represent all facets of DSU, from its technology-centric programs to its athletics teams, and its students, employees, and alumni.

General Cyber will be at university and community events in the future, and on DSU’s social media.

To request the mascot attend an event, go to https://forms.office.com/r/MJ6AcycbxA.