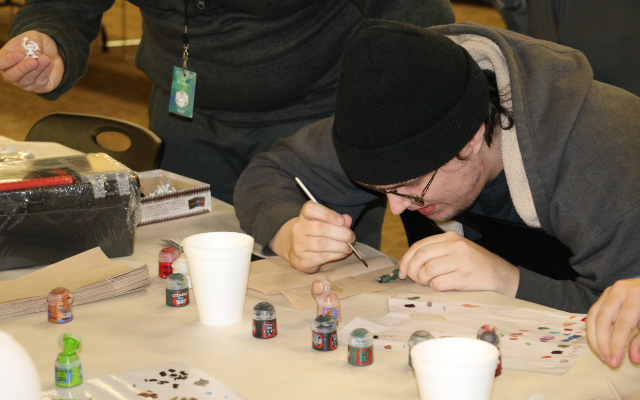 Dakota State University in Madison will host its annual Nanocon event this weekend.  The event will be held at the Dakota Prairie Playhouse today (Thursday) through Sunday.

The theme for this year’s Nanocon at DSU is “Into the Frozen Wasteland”.  DSU Games Club Events Coordinator Chad Compton said their goal is to have 650 people attend, and pre-registrations are indicating that they are on track to meet that goal.  He said there should be something for everyone who attends, with events like the Nanocon Chess Open Tournament, a cosplay contest, Laser Tag, board, card, and role-playing games, along with console gaming.

About sixteen vendors from around the state will also be at this weekend’s event.

Nanocon comes together through the efforts of members of the Games Club at DSU, with assistance from other clubs, including esports and the Computer Club.

This is the 20th convention hosted by the University, which started with a trial event in 2004 before settling into the November tradition.