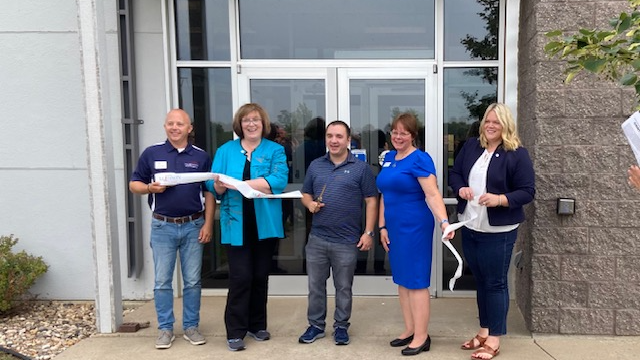 The Paulson Center is named after DSU alumnus Matt Paulson, who is also an entrepreneur, private equity investor, and author.  Paulson and his wife provided a sponsorship gift to fund the center, which is an educational, applied learning laboratory for DSU students interested in creating a new business or organization.

Paulson said that this is just the beginning of helping those who want to start their own business.

Katherine Cota, DSU’s Director of Economic Development, told those attending Saturday’s opening some of what the Paulson Center will offer.