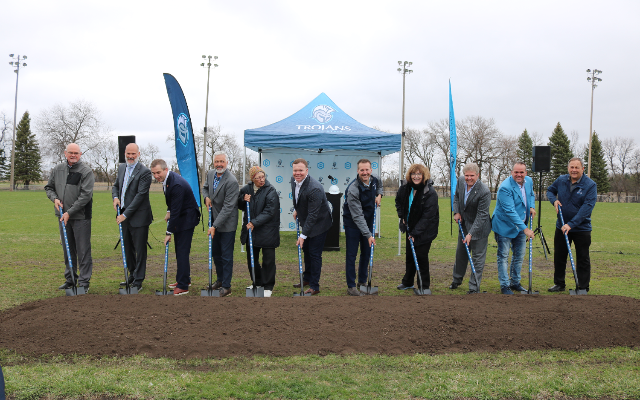 Dakota State University broke ground Monday on the first phase of the university’s new Athletics Events Center.  The groundbreaking was held at Trojan Field in Madison.

More than 45-million dollars has been raised toward the one-hundred million dollar fundraising goal for the facilities.

Griffiths said that people should see some of the new facilities in action within the next year.