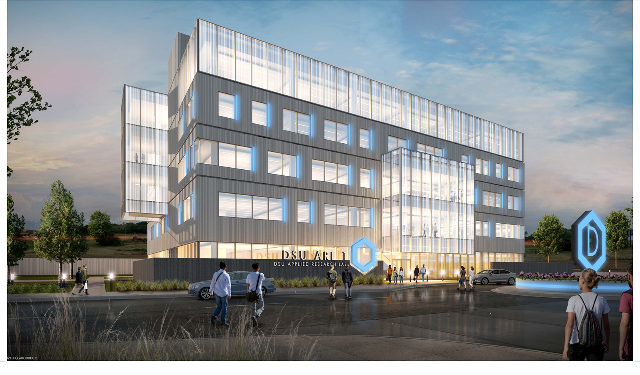 In Sioux Falls, Griffiths said a new highly specialized facility will be built, which is expected to open in the fall of 2025 and support up to 500 full-time jobs.  The plan also includes the establishment of a non-profit corporation to hire DSU-Applied Research Lab staff to perform and manage the applied research and lease space from DSU, both in Madison and Sioux Falls.

Griffiths said in a press conference in Sioux Falls Wednesday that the vision and plan for this initiative involved the work of a number of different entities.

The partnership also includes up to sixteen acres of land donated by Sanford Health at the Sanford Sports Complex adjacent to Sanford’s Virtual Care Center.  The City of Sioux Falls is proposing to give ten-million dollars for infrastructure needs for the facility, and Forward Sioux Falls is donating 250-thousand dollars for planning a Cyber/IT Park in Sioux Falls.  The plan also includes 30-million dollars from the state, proposed by Governor Kristi Noem in her Fiscal Year-23 budget request.  Noem said Wednesday that this will help DSU in its goal to double its number of graduates in The Beacom College, and to launch the Governor’s Cyber Academy statewide.