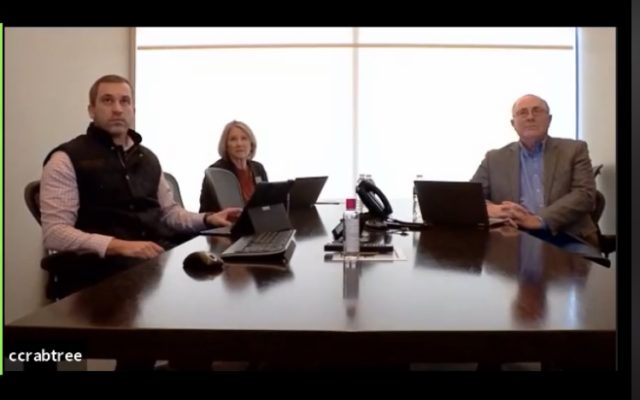 District 8 legislators took part in a virtual cracker barrel session this past weekend, sponsored by the Greater Madison Area Chamber of Commerce’s Governmental Affairs Committee. State Representatives Marli Wiese and Randy Gross, along with State Senator Casey Crabtree, responded to a number of questions that had been submitted to Chamber Director Eric Hortness.

One of the questions posed to legislators was regarding Senate Bill 171 and the South Dakota Freedom Scholarship.  District 8 Senator Crabtree is a co-sponsor of this bill and explained his support for the legislation.

Crabtree said the request is for 50-million dollars from the state to go with the money that private industry has already committed to the program.  The bill is currently up for discussion by the Joint Committee on Appropriations and has not reached the House of Representatives yet.  Representative Wiese said she can see the good in the legislation.

Some of the other topics discussed during Saturday’s virtual cracker barrel included Medicaid, education, medical marijuana, and other specific bills and legislation.  The cracker barrel is available to watch in its entirety on the Chamber’s Facebook page.